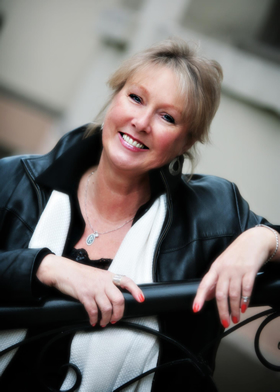 Words to Live By

"Journalism is an act of faith that truth can change the world."
~ Ann Curry

"Every moment of one's existence, one is growing into more or retreating into less. One is always living a little more, or dying a little bit."
~ Norman Mailer

"Life is not measured by the number of breaths we take, but by the moments that take away our breath."
~ Anon

"If you limit your choices only to what seems possible or reasonable, you disconnect yourself from what you truly want. And all that is left is compromise."
~ Robert Fritz

"The most courageous act is still to think for yourself. Aloud."
~ Coco Chanel

"You don't drown by falling into the water. You drown by staying there."
~ Nathan Morgan

"Only those who dare, truly live."
~ Ruth Freedman

An Award-winning Writer, Producer, Communications/Media Professional, Vicki’s Work is ALL About People & Their Stories.

Vicki St. Clair is a storyteller who plays with words, pictures, and sounds to connect with readers, viewers, and listeners around the world. She creates in all media, across all platforms, including: Print, Online, Digital, Motion Graphics. Film & Video. Radio & TV. 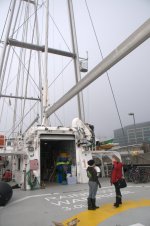 For more than 15 years, Vicki has worked in the US and Europe successfully writing, directing, and producing an extensive range of editorial, broadcast, and commercial projects. Her writing extends to national and international publications, including New York Times, USA Today, and London Times bestselling anthologies.

Born and raised in England, Vicki is currently based in Seattle, and loves working in the field — her mantra, "Have Laptop, Will Travel".

They say we come full circle in life and in this case it might be true. Zip back a couple of years or more to a quieter decade ... a time when people seemed more attached to each other, less attached to technology. When whole conversations concluded without a single thumb tapping OMG, BTW, FWIW ... and it is there, at the tender age of five, that Vicki heartily embraces her role in the family business.  Duties include sipping milk and tickling clients' legs, making them laugh.

At nine she wins her first writing award from Cadbury's for a story on cocoa. Cares less about the award, more about the prize — a basket full of chocolate delights.

She designs and makes her own business cards (smudged with Cadbury's milk chocolate) ... rubber stamps "Freelance Writer" on one side, "Teacher" on the other, and continues writing essays.

At 10, Vicki starts writing plays. Dabbles in directing. Commandeers a friend's patio as a stage; raids jumble sales for costumes; rallies friends' mothers to come watch. And at 14 she wins regional awards for two plays she writes and produces in school.

She graduates from King Edward VI Grammar School for Girls, endures a miserable stint at college studying British Lit and Journalism, then embraces what she knows and loves by joining her parents' business.  Career Chapter 1.

Parents instill their first-born with strong work ethic, solid business acumen, a flair for the creative.  And six years later, Vicki ventures into the corporate world for a 60,000-foot view of business-at-large. So begins, Career Chapter 2.

Working with some of the world's largest and most innovative financial institutions in England and California, she rises quickly to senior management, delving into everything from operations to lending, sales and service, business development, HR, training, marketing, and communications.

Shoot forward a few years; she's growing bored.  Discovers passion in the power and limitless possibilities of human potential.  Feels compelled to work for herself and earns a Real Estate license, and Series 7 Stockbroker's license, with plans to become an independent stockbroker.  Receives offers from four leading brokerage houses, yet hedges on all four (pun intended).  Then hedges some more.

Takes a trip to mull things over and makes Major Executive Decision: "If I'm going to turn my life upside down, it must be for something I LOVE!"

Declines all four offers and continues working in finance; returns to school (yes, British Lit and Journalism). Starts writing again. Gets published again. Flies up and down the east coast. Up and down the west coast. Selects Seattle as her new home. Career Chapter 3.  The rest, as they say, is history. 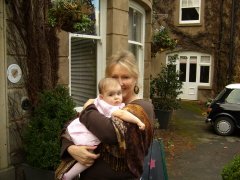 Loves dressing up for glam nights on the town ... and splashing through puddles with her Border Collie, Dylan Thomas. Enjoys the buzz of the world's biggest cities ... and unplugging in isolated corners of nature. Addicted to learning. And coffee. Of course ... it's Seattle!

Loves playing outdoors — from horse riding and kayaking to sailing and snowmobiling. Adores her 10 nephews and nieces. 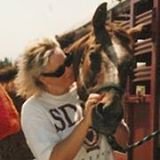 3 Most Moving Lifetime Thrills 1) Drifting silently alongside hundreds of momma and baby grey whales, as they nudged against a tiny five-man fishing boat in the birthing lagoons, Mexico.  2) Feeling the breath of a wild polar bear, Churchill, Hudson Bay. 3) Birth of nieces and nephews.

3 Most Important Writing Rules  There are no rules ... just sit in the chair and write.

3 Tips for Managing Challenge  Breathe through it and stay in the moment--focus on what you can control. Step outdoors, look up at the stars, know this too shall pass. Keep a sense of humor. (And file this experience ... will make good copy one day!)

3 Favorite Books, Music, Films   Now, really, do you want to be here all day?